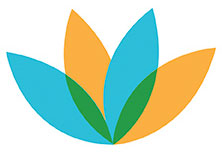 Kalpitiya kitesurf is a popular adventure for travellers across the globe. Sri Lanka is the closest tropical destination and accessible with numerous airlines such as the comfortable and affordable Golf Airlines like Emirates and Qatar. Until last year, we didn’t have accommodation or a kite school in Sri Lanka which would have fit into our concept.

Then news of a German architect arrived who has set up comfortable and cosy facilities with his sri lancese wife and whose rooms fit high standards. It has been built directly at the lagoon and they wanted to let it entirely to someone else.We took our chance and flew to Sri Lanka in a cloak-and-dagger operation. After some short negotiations it became clear: this will be the first KiteWorldWide destination in Asia offering Kite Safaris in Sri Lanka.

The deeper waters off Kalpitiya’s coastline are the haunt of five types of whales. The biggest of Sri Lanka’s big five can be seen surfacing from time to time and the sight of these enigmatic cetaceans is both breathtaking, spellbinding and offers a truly humbling experience.

There are peaks in the movement of whales between November and December and again between March and April. Sperm Whales are most common (the second largest species of the whale), other Whales you could see include the blue (largest whale and mammal in the world), Minke, Melon-Headed and Dwarf Sperm whales.